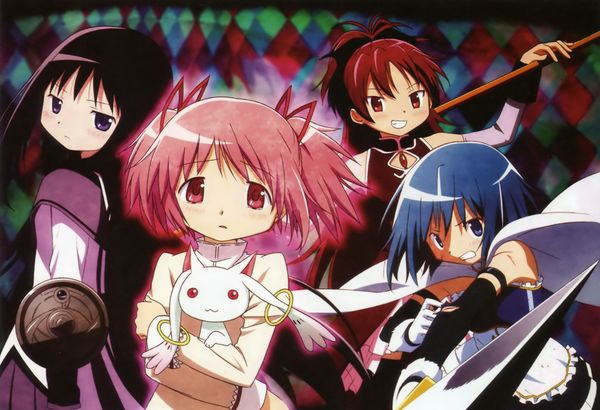 Miyamoto: I like it better when fight scenes are not only tough, but also have their own merits and demerits and depends on each individual's tactics. For example, Mami can bring out a giant gun, but it is single-loaded, that's why she lost to the witch…
NewType: If she's able to rapid-fire, then she might not lose.
Miyamoto: Yes. Magical girls are not strong. Homura is only strong because of her special ability, but she's weak as a magical girl. 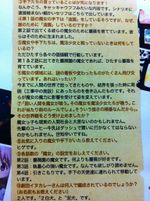 In episode 1, the familiars are "gardening". Why and what are they gardening for?


They're raising roses for the witch that appeared in episode 2. That's what they're born for.
What are those familiars and witches doing when they're not fighting magical girls?
They're acting on their own judgement. For example, the witch of the rose garden will just raise a rose.
In the witch's barrier, there are a lot of weird signs placed everywhere. What are they?
It's what they found in the human world. When the barrier is created, anything in the surrounding environment will be drawn into it. They will then get affected by the magical powers of the witch, and its looks will be altered.
What do you think about the saying "weak humans are witch's prey; and witches are magical girl's prey. It's a natural rule, ordered by the strength of each one."
Maybe it's not that different from our human society. Just like how we can't refuse when a senior asks us to buy a coffee milk. The way this world works is harsh.
Please tell us your favorite witch or familiar.


The one with a mustache.

As a last question, please say something to Kyubey.
Yūki: I want to know what you're thinking.
Saitō: Please never come to me.
NewType: That's cruel! Kyubey looks so cute (laughs).
Yūki: In the recording room, everyone was excited when Kyubey appeared on the screen. At first Kat? Emiri-san (Kyubey's VA) defended him, but recently she started saying Kyubey is scary.
Saitō: Kyubey is always in an interesting position.
Yūki: Kyubey is the most mysterious character. Please pay attention to him.