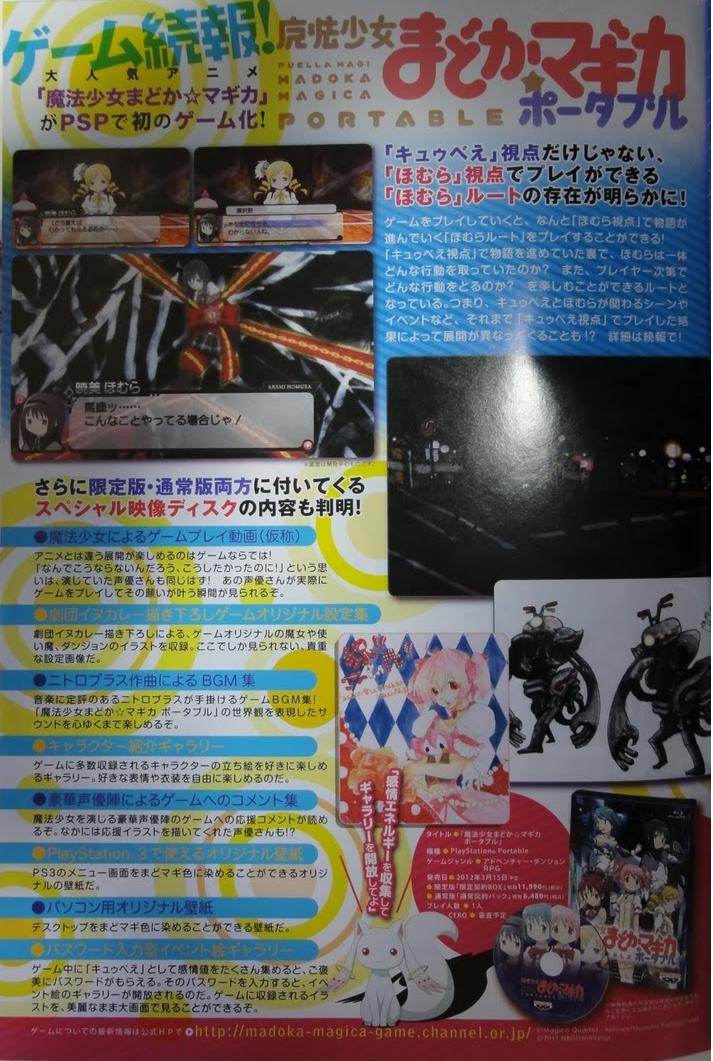 Note: This advertisement page is from a different source, yet TBD, published around the same as Dengeki Playstation.
It is revealed that there exist perspectives of not only Kyubey but also Homura. During playing, it is found to be able to play Homura route, from Homura's perspective. What is Homura's action in Kyubey's perspective? And what action will you players take? It can be a funny route. The scenes and events about Kyubey and Homura can even be affected by playing from Kyubey's perspective. Details will be reported later.
Contents of the special video disk which is shipped with both versions are also revealed.

QB: "Collect the energy from emotions and open the gallery."